Death is an integral part of life, and according to Christian belief, , it is the transition from earthly, temporary life to heavenly eternal life.

When a death occurs - the relatives of the deceased face many problems. In addition to the understandable, emotional shock, stress, there are many doubts that are even greater if the death has occurred suddenly. Therefore, we will talk here only about some general indications, namely what should be done in accordance with the Christian and folk tradition.

Relatives and closest friends should be first informed about the death, and then they will inform other acquaintances. In that way, the news spread very quickly among acquaintances. As a rule, the closest ones immediately come to the house of the deceased to be at the hand of the family of the deceased. At that time, you should bring coffee and a bottle of drink because it can happen, especially if the death is sudden, that there is not enough of it in the house. Whoever is able, should immediately offer the money to the family, as a loan, until the funeral is over. Death does not choose its time and that is why the friendly solidarity is necessary. It is important to remember that the relevant and proper priest should be informed about the day, place and time of the funeral, in good time, i.e. as soon as possible.

Black coloured clothing is a sign of mourning and should be worn as soon as possible, and is compulsory for the funeral. Black attire is worn by the closest relatives (children, daughters-in-law, grandchildren, brothers, sisters). Black clothing does not have to be newly purchased, but appropriate clothing is selected from the existing wardrobe.

Close friends, colleagues from work and those who spent a lot of time with the deceased, come to the home of the deceased, before the funeral, to express their condolences to the family. Usually a bottle of drinks and coffee is brought and words of condolences are expressed. It is common to stay in the house for a short period of time, serve oneself with coffee and drinks, and then leave. Customarily, one should leave when new acquaintances come, in order to avoid the crowds. This does not refer to those who have special responsibilities and who help the family with the funeral. If someone cannot come to the home of the deceased, as well as those who do not belong to a wider circle of friends, he comes to the funeral and right there, before the beginning of the requiem service, expresses his condolences to the family. If someone is located outside of the place of residence, or is on a journey, and is not able to personally express condolences, it is customary to send a telegram.

The family should be in the chapel, next to the coffin with the deceased, one hour before the beginning of the requiem service. The family is dressed in the black attire and stands to the right hand side, as observed from the front door of the Chapel. Above the head of the deceased is a candle holder. Candles of family members should burn there. Those who come will approach each family member and express their condolences. According to Orthodox customs, only a candle is carried to the deceased. Today, it is common to bring wreaths and flowers. The Orthodox Church does not recommend that, and is even against it.

For the burial ceremony, a panaya, a bottle of wine and a bottle of wine mixed with oil should be prepared. According to the national tradition, the panaya is not prepared in the house of the deceased, but outside of it and is prepared by an older woman, that is, a woman who has no intention of giving birth to children.

The priest will arrive at the scheduled time to hold the service. Someplace, the funeral is performed over an open coffin, and someplace over a closed coffin. After the service, the priest will invite everyone present to the last osculation. On that occasion, the coffin can be opened, but it does not have to be. In other cases, the cross on the coffin and the place on the coffin where the head of the deceased is located, are kissed. The last kissing of the deceased is first done by the family, and then by all those present at the funeral.

Burial is performed in designated places - cemeteries. At the grave site, as a rule, one of the closest friends says a few appropriate words about the deceased, and then the coffin is lowered into the grave. It is customary to cross oneself on that occasion, throw a handful of earth into the grave and say: "May earth lay easy upon him!" Cremation is not a Christian custom, but the Church, out of respect for the wishes of the deceased, approves it, with the priest performing the requiem service before the act of cremation. 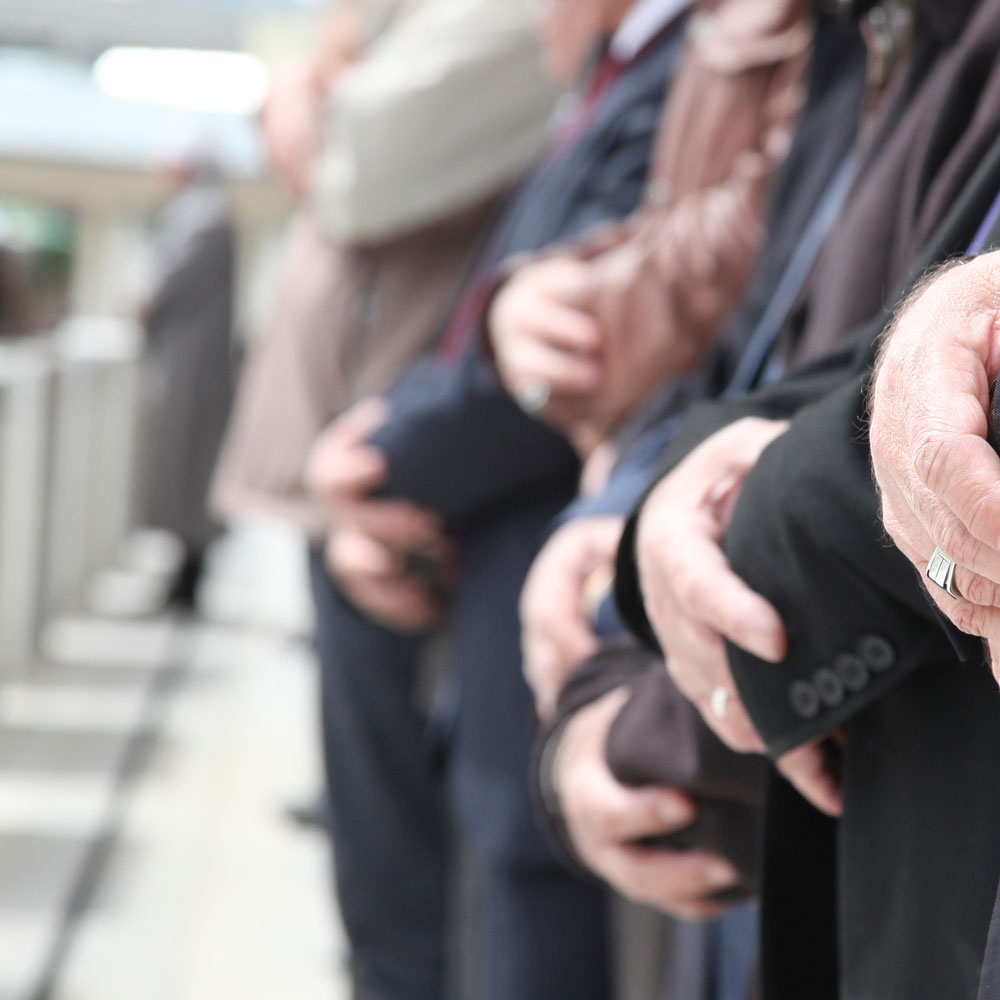 Our funeral services are available to you at any time of the day or night.

Call us
We are 0-24h available